Our Ozone Injected Vapour Hydrogen Peroxide Technology Leaves Even The Big Boys In The Dust!


VHP is registered by the U.S. Environmental Protection Agency as a sterilant, which the EPA defines as "a substance that destroys or eliminates all forms of microbial life in the inanimate environment, including all forms of vegetative bacteria, bacterial spores, fungi, fungal spores, & viruses".[2] As a sterilant, VHP is one of the chemicals approved for decontamination of anthrax spores from contaminated buildings, such as occurred during the 2001 anthrax attacks in the U.S.[4] It has also been shown to be effective in removing exotic animal viruses, such as avian influenza & Newcastle disease from equipment and surfaces.[5] Vaporized hydrogen peroxide has been investigated as an airborne disinfectant & infection control measure for hospitals[8] & has been shown to reduce incidence of nosocomial infections from a number of pathogens. Clostridium difficile associated disease, VRE & MRSA are all associated with environmental contamination. H2O2 vapor has been used in hospitals to eradicate causal agents, e.g., antibiotic-resistant Klebsiella pneumoniae, from the environment and prevent infection of subsequent patients.[9]

The BiO3VHP™ Sanitzation System is the first portable or stationary, O3 injected hydrogen peroxide-based fogging system capable of disinfecting a space via a combination of O3 injected Hydoxyl generating technology. Typical sanitizing systems rely on dispensing chemical & turning off once the desired coverage is achieved, or depend on manual spraying, The BiO3VHP™ goes further by focusing on a maintained pathogen-killing zone. And since the ozone gas is injected into the dry fog it reaches virtually every nook, crack, & crevice, the BiO3VHP System is proven to be much more effective & less expensive than other costly UV robot systems on the market. 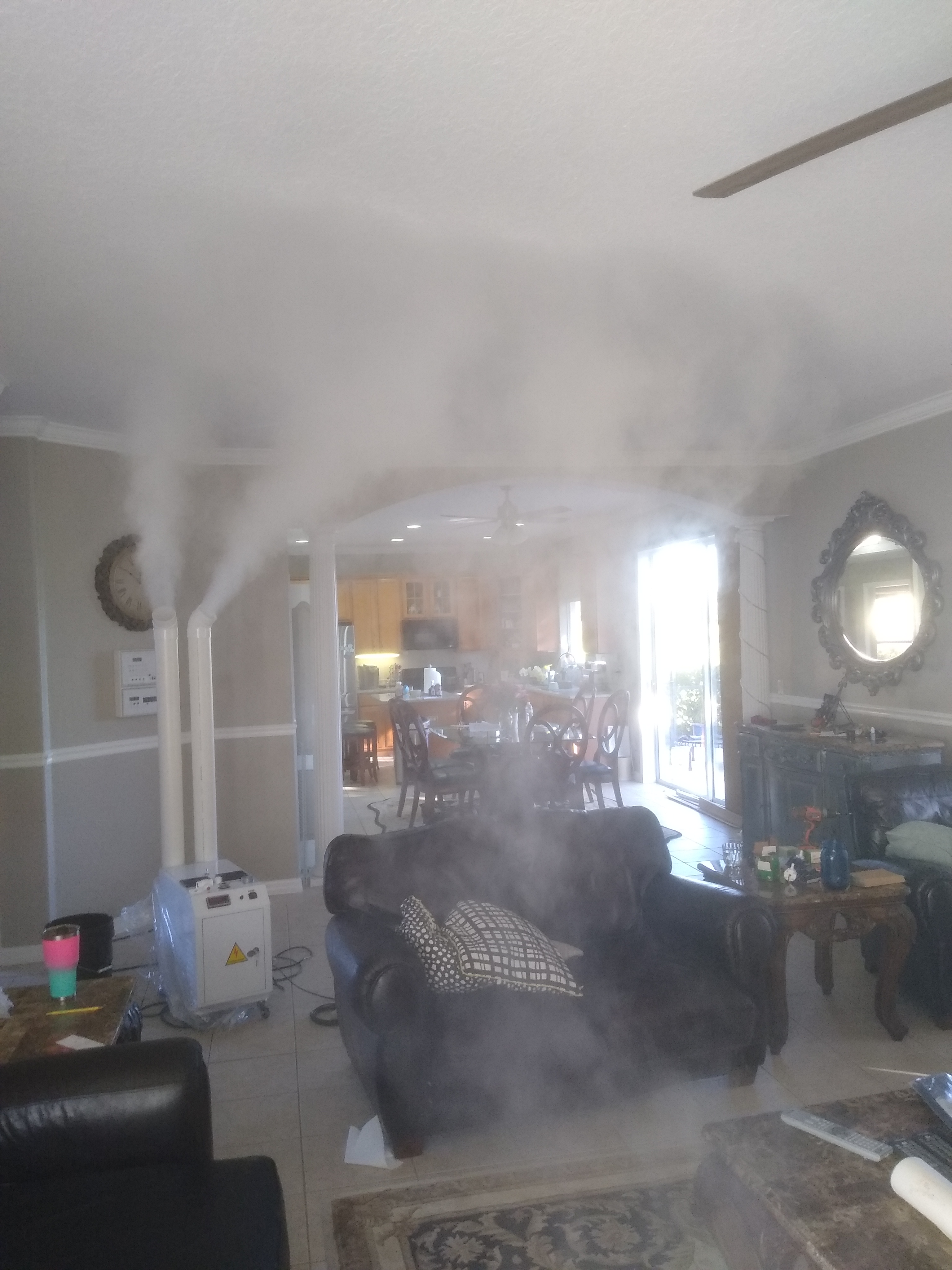 While O3 is listed as a USDA sanitizer, Hydrogen Peroxide Vapor is registered by the EPA as a sterilant, which the EPA defines as a "substance that destroys or eliminates all forms of microbial life in the inanimate environment, including all forms of vegetativebacteria, bacterial spores,, fungi, fungal spores, and viruses. As a sterilant Vapor Hydrogen Peroxide is one of the chemicals approved for decontamination of anthrax spores from contaminated building, such as the anthrax attacks in the US congressional post office. It has been shown to be effective in removing exotic animal viruses, such as avian influenza and Newcastle disease, from equipment and surfaces!

For more thorough disinfection and remediation:

Droplet or fog particle size is of utmost importance when disinfecting or remediating a space. The BiO3VHP™ nano-fog generator assures nm range or 0.1 up to 5 micron size fog particles, for a dry mist & the best coverage without damaging liquid saturation created by other foggers. When the O3 gas is injected it fills the spaces in between the individual droplets of H2O2 & guarantees total sanitization.

This incredibly small particle size combined with penetrating ability of ozone gas also allows for more complete sanitization, going far beyond old-fashioned manual disinfection methods or even other straight VHP or Hydrogen Peroxide Vapor systems. The BiO3VHP system also offers better coverage than popular UV light systems, at a fraction of cost. UV light cannot penetrate into hidden spaces or under objects that remain hidden in shadows. When Vapour Hydrogen Peroxide is combined with ozone gas, long chain peroxides & Hydroxyl ions or HO radicals are created, these ions drastically shorten Ozone life in area meaning it can be re-occupied more quickly after treatment. When function of oligodynamic atom sized metal ions are added they are so small that they easily travel inside the 1 micron sized fog droplets & are then electrostatically charged to cling to all surfaces, whether directly sprayed or not.

This powerful 1-2-3 germicidal knockout formula is non-toxic, petrochemical-free & unbeatable, by comparison to other product solution or application technologies.

Simple to use: Just, push start button, close door & let BiO3VHP™ unit fog the room or building until saturated. These units are great for public transportation, trolleys, trains, buses, & many other areas where large cumbersome UV systems would be difficult to use & shadowed areas abound.

When the scrubbing cycle is activated a powerful high volume CFM blower, sucks the fog back into a catalyst filter breaking down O3 & the Vapor Hydrogen peroxide, quickly returning area to safe levels for re-occupancy! 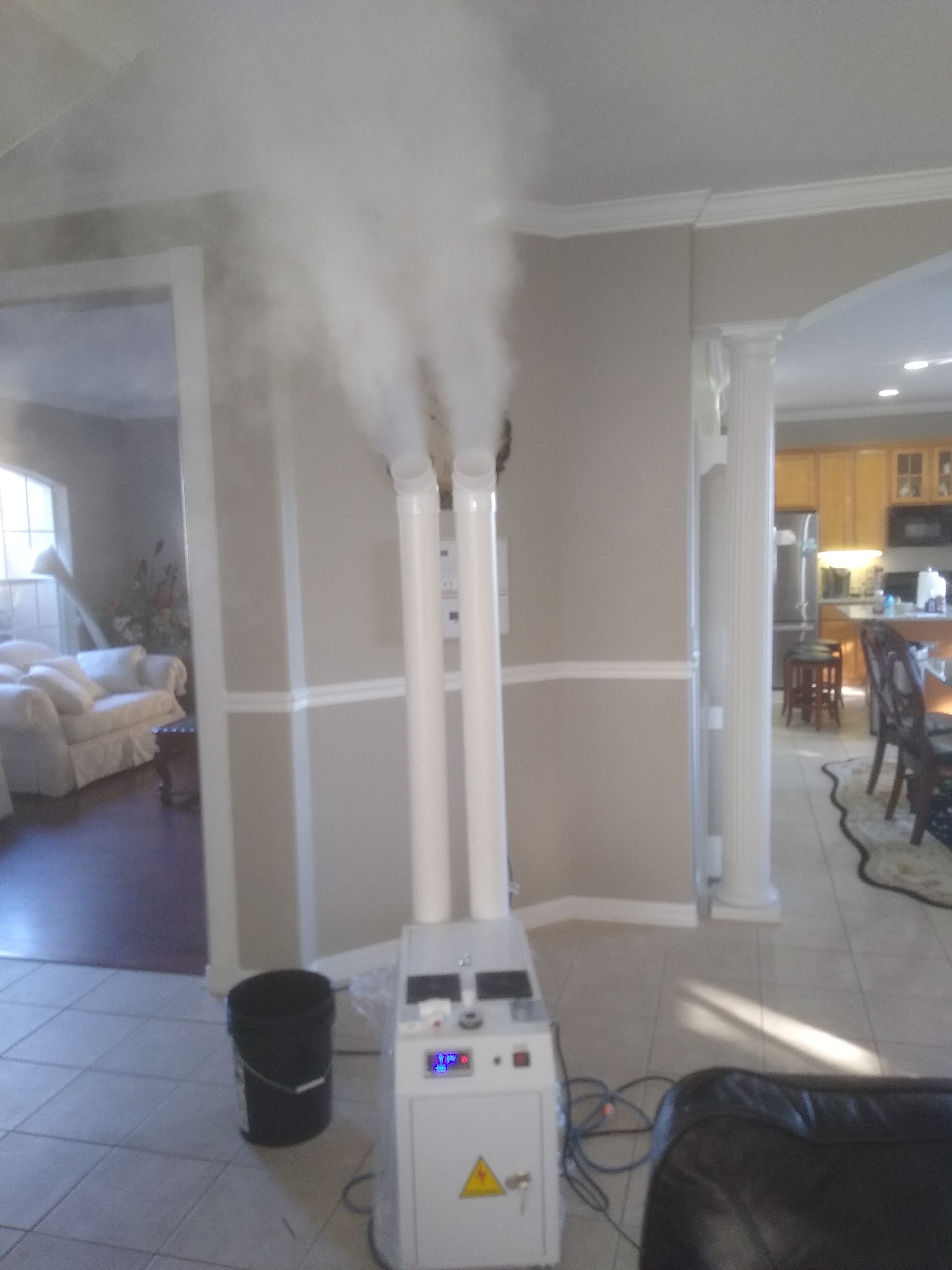 Fill out the form to receive More Information of New BIO3VHP!

Competitor fogging systems are in the $20,000-$120,000 price range and for the most part, do not offer similar fogging volumes by comparison. Additionally, the lower priced of these systems do not offer scrubbing of the Hydrogen Peroxide Vapor and all of them miss surfaces on the undersides of objects. By Injecting the Ozone Gas into the Vapor Stream, the O3 permeates the tiny hidden spaces and penetrates into hidden areas. It sanitizes the gaps in between the micron sized fog droplets leaving no place to run no place to hide from the sanitizing fog! In addition the two in combination work together synergistically, and provide a 1-2 knockout combination that destroys viruses, bacteria, Mold Spores, Mycoplasmas, and tough biofilms! 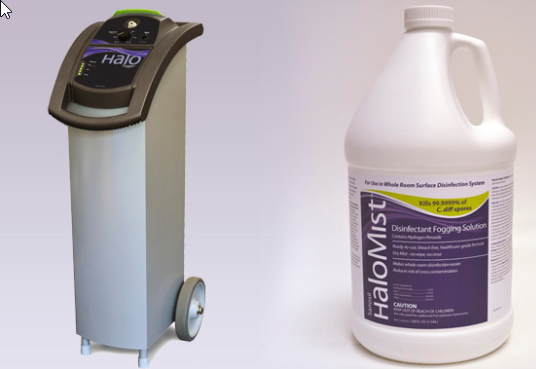 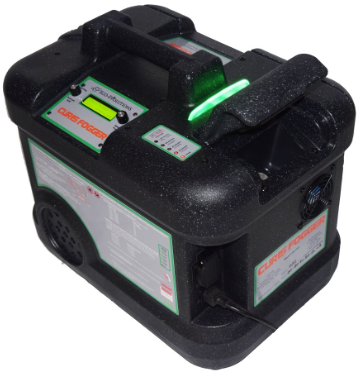 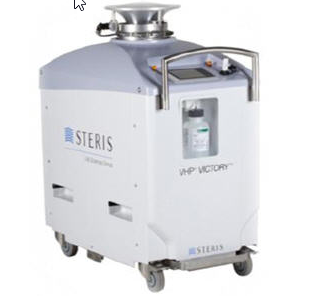 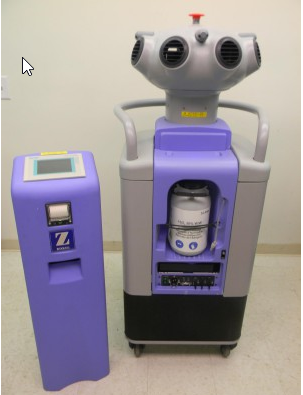 We offer the highest output most rugged durable & practical ozone generators available. Our ozone machine designs are both practical & innovative.

Notice 1: Our ozone ratings are issued by the cell manufacturer and were laboratory tested. We are not a laboratory and we do not rate ozone generator outputs. We have designed what we believe is the most durable best high powered generator available for the best price possible. Actual ozone output in any ozone generator is dependent on many variables including but not limited to input gas, humidity, elevation, temperature air flow and many other factors. We guarantee that if you are not satisfied with the output of any of our machines in the first 15 days we will issue a complete refund. By clicking the buy now button you agree to be bound by a private agreement between the parties for the hand building of the machine design requested.

Notice 2: In life, as in business there is no guarantee of success except that which is produced by direct individual effort and achievement. Buying our business systems or equipment will not guarantee individual profit or success; your success will depend on many factors including , but not limited to geography, population, intelligence and individual effort and commitment to succeed.

Notice 3: Fair Use. This site may contain copyrighted material the use of which has not always been specifically authorized by the copyright owner. We are making such material available in an effort to advance understanding of environmental, political, human rights, economic, democracy, scientific, and social justice issues, etc. we believe this constitutes a ‘fair use’ of any such copyrighted material as provided for in section 107 of the US Copyright Law.

In accordance with Title 17 U.S.C. Section 107, the material on this site is distributed without profit to those who have expressed a prior interest in receiving the included information for research and educational purposes. For more information go to: http://www.law.cornell.edu/uscode/17/107.shtml

If you wish to use copyrighted material from this site for purposes of your own that go beyond ‘fair use’, you must obtain permission from the copyright owner.